On paper, Manchester United have had the perfect start to the season. They have picked up the maximum amount of points on offer after the first two games and are yet to concede a goal. 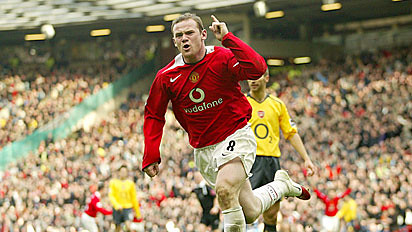 In both of their new season encounters, The Red Devils won 1-0. In the first match it was a Tottenham own goal and in the second match against Aston Villa it was a first half strike from Adnan Januzaj, following a lovely threaded pass by Juan Mata.

It was a surprise that the Belgian winger started the match though after speculation of him joining a club on loan this season.

Something that will be worrying United fans is the fact that the team haven’t looked very dangerous in attack so far. The performances have been less than convincing and United’s price of 11/2 with Betfair to win the Premier League will be hard to justify, unless Rooney and co. improve in the final third.

Before the campaign started Louis Van Gaal stated that he planned for Wayne Rooney to be the main striker this season, but up to now he has failed to find that devastating eye for goal he once had. During the Villa match Rooney only had one touch of the ball inside the opposition’s area. Ian Wright stated that he didn’t think Rooney could play in that position anymore. He said he lacked the sharpness needed of a number 9.

These two performances may influence Van Gaal to dip into the transfer market yet again and try and fish out a more potent strike force. There could well be more big names arriving at Old Trafford before the window closes. One person who could be an excellent signing for the role is Thomas Muller, although he is currently favoured to stay at Bayern Munich – more shocking things have happened in the past though. Other names being linked with a move to Manchester include Gonzalo Higuain, Gareth Bale and Edinson Cavani. Although it seems likely that they will all be staying put during this transfer window.

Although United have managed to keep two clean sheets already, they have faced opposition that hasn’t looked too threatening on the attack. So far Daley Blind has been playing alongside Chris Smalling in central defence. Surely to have any chance of contending for the title United need to be using an out and out defender, and this is a position that Van Gaal may also look to fill with reinforcements.